FREE ON MOBILE - This game is specially drsigned by the Unreal Engine 4.It provides customizable mobile controls, training modes, and voice chat. In this game you can  experience the most smooth control and realistic ballistics, weapon behavior on mobile.

MASSIVE BATTLE MAPS - From Erangel to Miramar, Vikendi to Sanhok, you can compete on these extensive and detailed battlegrounds different in size topography, provides different environment like day/night cycles and dynamic weather, bushes to hide,open ground to snipe, different guns and vehicals. From urban city spaces to frozen tundra, to deep jungles, to vast desert every  battleground's  is designed very intensely and  carefully which give you the real flavour of battlezone. 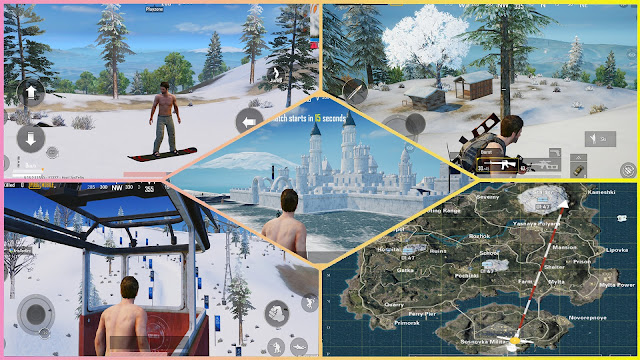 This game Offers FPS (First-Person Shooter) and TPS (Third-Person Shooter) play, lots of vehicles for all the different terrains in the game.Within this game you can enjoy-

·         Jump from plane: when all the 100 players are get into the plane and the match is about to start you can jump to your particular location.
·         Gear up: Its very importent to get most deadly weapons, healings, helmet, vest to wipe out enemies as well as get rid of the destruction of enemies bullets,granades, and molotovs.
·         Special Loot: Certain period of time an air drop will fall down or air dropped can be called by flair gun where you can get special level 3 items and dealiest weapons.
·         Compete: As the map is quiet large the zone will be closed at certain period of time to make the battle arena smaller. Players has to cruise to the final circle and fight with oppnent by using weapons as well as stretegies.The different vehicals plays a vital role in this game combat
·         Revive: Playing as Duo or Squad Offers ultimate Life bonas. After getting Knocked by opponent player can be reivived by teammates.

2. 4v4 Team Deathmatch (new ): In This mode 8 players divided into two groups the first team full fill the required killing point wins the match.Player will be respawn at the second moment after he has been killed by opponent. In this beta version we can see 2 more TDM matches compared to Pubg Mobile.
·         RageGear TDM: This mode has infinite respawn.Earn one point for every enemy vehical destroyed.The first faction that destroys the required number of vehicals wins.Map Ring Of sand

·         RageGear-Pick Up: This mode has infinite respawn.The first faction that picks up the required number of crates(Spawned at the center of the map) wins.All crates picked up are lost if the vehical is destroyed.
·         TDM Alpha TestMap: Team detch macth has endless respawns.Earn 1 point for each enemy killed.The first team that kills the specified number of enemies in the given time wins.

3. Arcade Modes: The arcade modes provide quick match, sniper training and war. In this modes the ratio of number of players to battlezone is quiet large.

4. Zombie Modes: There are few 3 types of zombie mode where you can play single or with team to crush every zombies head as well as the opponent players in the same match. Survive till last to win the match.

Survival is the key and last one standing wins.