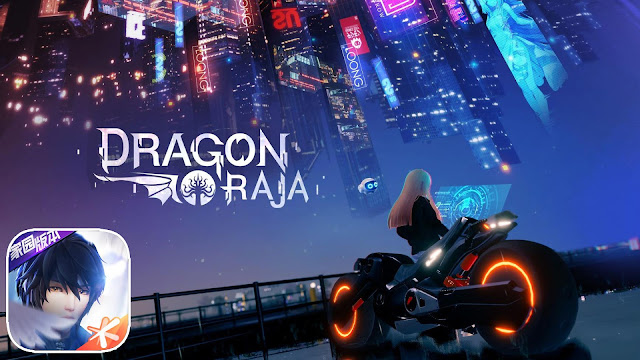 Description Of Dragon RAJA:
"Dragon RAJA" is a next-generation RPG mobile game, developed by Zulong Entertainment. The game production team is assembled and deeply attended by top engine manufacturer Epic Games. The UE4 engine technology capability has been maximized to create a grand and multi-national scene for this mysterious masterpiece. In the game, there are rich environmental changes like day and night, rainy season etc., which make players feel like they are in the real world.

Grand Open World:
1. Grand worldview based on plots, distinctive architecture and scenery around the world.
2. Open plot with multi-endings. The world will bend you to itself as the NPC offers various responses, and missions may change depending on your decisions.
3. Typical architecture and visuals worldwide.

Character Customization:
1. Multi-dimensional adaptation to the role.
2. With the unique carrier system, you can choose multiple identities and become whatever you want such as a Michelin-star chef, superstar, or even a vehicle racer.
3. Thousands of visual style combinations. Girl-crush, cute or sexy, choose any style you want!

Real-Time Combat:
1. The feeling of smoothness created by a highly realistic engine.
2. PVP battles supporting up to 100 players are also a sight to behold.
3. World boss cross-server war.

Story: Ancient dragons used to rule the world are about to wake up from their deep slumber. Dragon kings with ferocious power again attempt to dominate the world. But their free humans cannot be controlled any more. Even they risk their lives to become hybrids of humans and dragons. Utilizing the power of enemies and equipped with the gear of the most advanced technology, humans are fighting against the Dragon King to save the world.