Download PUBG MOBILE 0.10.9 For Android and iOS in Chinese Version 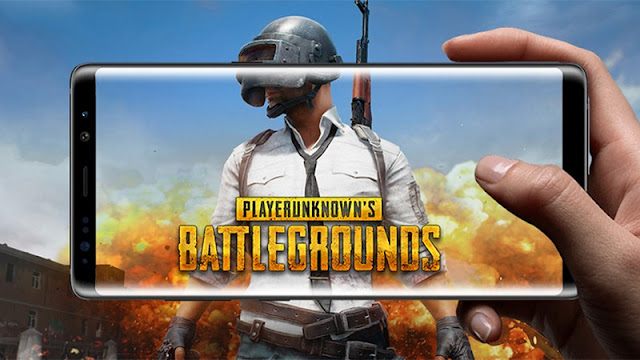 
Presented by Quantum Studio of Lightspeed and Tencent. You promise a delightful gaming experience.

[Version update content]
1. New weather, scene optimization:
1) Rainforest Map - Sanno added random dynamic weather - cloudy, in which cloudy, rainy and foggy days will alternately and dynamically change; all day unlimited, small probability to brush out;
2) Island map-Elengue's wild scenes are partially optimized: new buildings are arranged in some areas, shelters are arranged near some rivers, and more trees are arranged in some open spaces;
2. New firearms, new vehicles:
1) New firearms: M762 assault rifle - use 7.62mm caliber bullets to assemble all rifle accessories except the stock, which can be brushed out on three maps;
2) Adding a vehicle: a scooter, only in the rainforest map - Sano brushed out;
3. New dressing solution system: Users can save multiple sets of clothing matching schemes and quickly switch between warehouses;
4. Add a watch opponent system: Players and their teammates can be watched after watching other opponent players in the battle, until the end of the single game;
[Optimization and balance adjustment]
Firearm related optimization
1) QBZ and QBU updated the model of a full set of magazine parts;
2) Update the 4x mirror star pattern of UMP9 and Vector, and keep it consistent with the end tour;
3) Add the sound performance of the sniper rifle to the ground;
4) Update the reloading animation of the first person part of the firearm;
2. Firearm balance adjustment
1) slightly increase the lumbar spread in the static state, slightly reducing the lumbar spread of the underarm state;
2) Reduce the vertical and horizontal recoil of the AKM;
3. Depth system depth optimization
1) Universal optimization: station temperature switch can be realized in temperature mine state, high and low level switch can be switched when temperature is thunder; cancel throw button can be customized, high and low throw button follows the change button to support customization, and can be thrown when sideways;
2) Fragmentation grenade optimization: increase the effect of explosive tinnitus and increase the damage;
3) Optimization of the burning bottle: it can be blown up by the firearms. The flame after the explosion can spread on the wooden floor and can break the glass and the wooden door, and the damage is improved;
4) Optimization of the earthquake bomb: the positive determination area is enlarged, and the whitening effect of the field of view after the shot is optimized;
4. Role action optimization
1) The new character's standing movement when the motorcycle is flying;
2) Optimize the role of the head to adjust its torsion angle and direction;
3) When the character falls, add a left-hand swing according to the fall height;
4) Optimize the fluency of the character's first half of the action;
5) Adding detailed movements from the plane and the landing of the umbrella when skydiving;
5. Battle other optimization
1) Optimize the sound effects of melee attacks when hitting objects;
2) The dynamic change of the new role bloodline UI in deducting blood and blood;
3) Add helmets and backpacks of different colors in the battle scene;
4) Add the emergency brake button to the first and second modes of the vehicle;
5) Small map optimization: The island map is replaced by a small map. After the plane is launched, the map icon at the birth square will not be cleared. The small map of the battle main interface will be dynamically scaled with the player's horizontal moving speed.
6) Optimization of the sound adjustment of the car carrier;
6. Battle settings optimization
1) Picture setting optimization: new game brightness adjustment options;
2) Sound setting optimization: new high and low quality options;
3) Pickup setting optimization: new sights can control the priority of picking;
4) Recommended optimization of the mirror: The recommended logic of 3x, 4x, 6x, 8x is more reasonable;
5) Customized operation optimization: the medicine cancel button and the rescue cancel button will be customized according to the rescue button;
7. System related optimization
1) Room mode increases chat channel;
2) In the buddy list, the apprentice will have a separate logo;
3) Decomposing time-limited clothing does not decompose the fashion worn by the character;
4) The player leaderboard will display the player's character image;
5) Optimize the entrance to the season function and move to the upper function entrance;
6) Optimize the entrance to the season pass and the internal interface jump logic;
7) The team entrance moves to the "more" in the lower right corner;
8) Optimize nearby people to give priority to online players;
[Bug fix]
1. Fixed the problem of the first person to smoothly drive the vehicle with the tire being blasted;
2. Fixed a problem that quickly squatting when the sprint stopped, causing the squat to stand up again;
3. Fixed some problems with card characters in some scenes;
4. Fixed an issue where the animation of the character was not normal in some states;